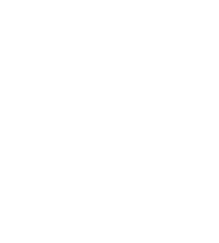 Those who experience anxiety know all too well that it can be extremely disruptive to one's sense of well-being and peace of mind. Its effects can range from mild discomfort to crippling panic, and prevent a person from fully participating in his or her work, school, social, or family life.

Anxiety can lead to low self-esteem, social isolation, and even medical problems related to chronic stress. Without appropriate treatment, some individuals also may use alcohol or other substances to try to manage the overwhelming feelings.

Generalized anxiety disorder, or GAD as it is more commonly referred to, is an anxiety disorder characterized by excessive, chronic worry about everyday situations or activities. Individuals with GAD develop catastrophic fears about things such as health, finances, work difficulties, or family problems. Individuals with GAD are unable to stop focusing on these everyday issues, often fearing the worst outcome for every situation for which they’re experiencing anxiety. Quite often the worry of GAD patients is out of proportion to the actual likelihood of their feared outcome. For instance, someone might be unable to stop worrying that they going to be fired from their work, despite a consistently good job performance record. In addition to the uncontrollable worry, GAD patients also experience symptoms such as feeling on-edge, poor concentration, irritability, muscle tension, and insomnia. Sometimes, GAD patients experience physiological symptoms as a result of their constant state of apprehension or impending doom.

Panic Disorder is an anxiety disorder characterized by unexpected and repeated episodes of intense fear accompanied by physical symptoms that may include chest pain, heart palpitations, shortness of breath, dizziness, or abdominal distress. These episodes occur “out of the blue,” not in conjunction with a known fear or stressor.

These panic attacks typically begin suddenly, without warning. They can occur at any time of the day or night, especially when one least expects it. A person may have occasional panic attacks, or they may occur frequently.

Panic attacks have many variations, but symptoms usually peak within minutes. The individual may feel fatigued and worn out after a panic attack subsides.

Obsessive-compulsive disorder (OCD) is an anxiety disorder in which individuals experience irrational, repeated thoughts or images (obsessions) that create anxiety. The person will attempt to reduce the anxiety from these unwanted thoughts with behaviors or mental acts (compulsions) in response. The individual attempts to reduce the anxiety of unwanted, obsessive thoughts with behaviors (compulsions) such as hand washing; rearranging or counting objects; seeking reassurance, or checking (i.e. if doors or windows are locked). They can also include mental acts that are not outwardly observable. Compulsions may temporarily relieve feelings that stem from an obsession but leads to a disruptive, time-consuming cycle. OCD varies in severity, but if left untreated, it can significantly impair one's ability to function at work, school, or home.

Social Anxiety Disorder is characterized by overwhelming anxiety and excessive self-consciousness in most social situations. People with social anxiety disorder have an intense fear of being observed and judged by others. They often experience fears of being embarrassed or humiliated by making mistakes with their actions or words. Their fear may be so severe that it interferes with work, school, or other activities. While many people with social anxiety disorder recognize that their fear of being around people may be excessive or unreasonable, they are unable to overcome it. They often worry for days or weeks in advance of a dreaded situation.

Social anxiety disorder can be limited to only one type of situation, such as a fear of public speaking, or a person can experience symptoms whenever they are in social situations.
Physical symptoms such as blushing, sweating, trembling, nausea, and difficulty speaking often accompany social distress. Because these visible symptoms heighten the fear of disapproval, they themselves can become an additional focus of fear.

If you are experiencing the symptoms of one or more of these anxiety disorders, help is available. I specialize in treating anxiety, using evidence-based approaches such as Cognitive-Behavioral Therapy (CBT), Exposure Therapy, and Eye Movement Desensitization and Reprocessing Therapy (EMDR).

Start your new path in life and be the change today!

Click here to view and print forms for your appointment.